Some of the most used Git interactive rebase options 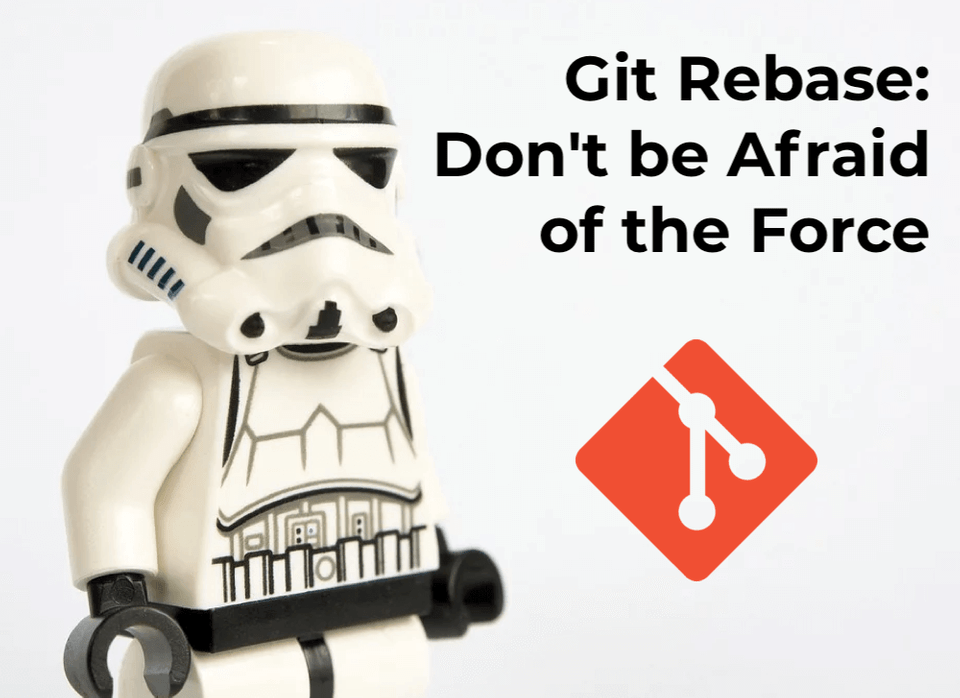 In the previous blog post Git merge vs rebase to keep feature branch up to date we learn about the differences between merge and rebase. If you aren't very familiar with the basics of those commands and haven't read it yet, it is a good idea to do so before diving into this one.

The idea of this blog post is to show with examples some of the most used options of git rebase command. In my experience, I observed that this is one of the most misunderstood commands, especially for less experienced Git users. Hopefully, this article will provide useful information and things are going to be clearer after you read it. We will go through the following things:

Mastering interactive git rebase is a good thing because it enables us to keep a clean and linear history of our changes. This is a great benefit especially when a regression has to be discovered. It is making the work of other people more pleasant as well by quicker and easier orientation.

Before we begin, we should know that all of the examples which we are going to explore from now on are changing Git history. So, please, if you are working on a public branch be extremely careful with it.

In general, we shouldn't change history for public branches like master/develop.

Link to this heading
Amend the last commit

The provided examples will be with simple text files but they are completely valid in real-life scenarios. Let's start by creating and committing a file with a typo in it.

git commit --amend is the command which we are going to use. It is a convenient way to change the latest commit. But what is it doing really?

This is going to open your Git editor - mine is Vim and the examples will be with it. We will see something similar to the snippet below:

We didn't provide -m "Message" but Git allows us to change the message if we want. By click i to enter insert mode, we can change the commit message. If we are happy with the changes, click Esc and enter :wq + <Enter> to save and exit. With this, the amend is completed.

Link to this heading
Interactive rebase

git rebase re-applies one-by-one the commits from your current branch onto another. The --interactive (-i for short) option provides additional commands for altering individual commits - edit, re-word, squash, .etc. The syntax is the following git rebase -i <after-which-commit> where <after-which-commit> is exclusive. Below we can see a part of how it will look and the options from which we can choose to alter certain commit.

Link to this heading
Squash several commits into a single commit

I was asked to squash my commits into one in my first PR ever. It was 2015 and I had just started my first job. I didn't know much about Git back then. The only commands I have used were git commit and git push. When I received that comment I didn't know how to do it so my only option was to just search and learn something new.

While working we can make a lot of small commits, WIP commits, have commits for fixing PR comments or whatever we decide basically. However, when it comes to merging our branch into master we couldn't allow everything to get into it. Most of the time, those commits are not bringing much value and there is no need to have them in our master branch after merging. Especially if you are using Conventional Commits and generate a Changelog from the commits. Squashing commits into one is there for us to achieve this.

Let's see an example of what we want to achieve in the following diagram:

Note: If you are using Vim after every prompt of the Git editor enter :wq + <Enter> to save and exit which will complete the Git command.

An important thing to keep in mind is that the commits shown in the list are in reverse order. This means the oldest commit will be first on the list. In our example, we will see them as D-C-B. We will pick the oldest commit and squash the other two into it. The squash command has a short form that can be used by changing pick to s. This is saving us from writing a couple of characters.

After this we are going to see a pretty explanatory confirmation screen:

By using squash we are keeping all of our previous commit messages. They will be added in the description of the commit in which they were squashed. By using git log we can see it:

Link to this heading
Discard a commit message

If you don't want the message of a commit consider using fixup (f for short) instead. It will discard the commit message but keep the changes from the commit.

This will result in:

Link to this heading
Drop a commit

If you don't want some commits' changes, then you can consider using drop (d for short) which will remove the commit.

This will result in removing the added hello-world.txt file and those two commits:

With this, we have completed the squashing several commits into one example.

We will look at an example of how to fix older commit. Let's say we have made a couple of commits which we want to keep but we found out that in one of the older commits we missed something. In this case, we want to go back in history and make additional changes to some older commit.

The commit where we made a mistake is 2nd one (counting from the last one inclusive). We will execute the already familiar command git rebase -i HEAD~2 from our previous example. This will lead to:

As mentioned previously, we are seeing the commits in reverse order. This means that the 2nd commit which we want to edit is displayed as first in the list. We will use the edit (e for short) command to fix our mistake.

By saving and existing Git editor:

We can see that we stopped at the commit which we want to edit. Git is providing us some helpful tips on what we can do.

The only thing left to do, as Git suggested to us, is executing git rebase --continue with which we successfully fix a mistake in an older commit.

We went back only to the commit that we need to fix. This is not required specifically. We can rebase more commits and use the edit command which will stop us on the specified commit.

Link to this heading
Reorder commits

With git rebase -i we can reorder commits as well. If the commits which we want to reorder don't depend on each other and don't have changes in the same files, it is as simple as cutting the commit we want to move and pasting it before or after some other commit.

The use case I have when I needed reordering is to squash a commit into a specific one in history. An example would be having A--B--C and the need to squash A into C. Which can occur when we have:

We want to change the history for 3 commits, so we are going to execute git rebase -i HEAD~3.

We are going to cut pick 70228b2 update master.txt and paste it after pick 367eb93 Update text which is going to make it our latest commit.

Save and exit the editor with which we have completed the commit reordering. By executing git log --oneline we can make sure that everything is as expected and update master.txt is the last commit in our history.

If the commits which you want to reorder depend on each other - for example, we use the changes from commit A in commit B but we want to reorder A and B, I would strongly suggest reconsidering reordering. It is very likely to not need reordering but something else instead.

My initial idea for this blog post was to be an in-depth, step-by-step tutorial of git rebase. However, writing it and thinking about the time when I started using Git I realized there is a bunch of stuff going on here and it can be difficult to grasp all at once. At least it was for me, a lot of going and practicing this command until I learned it. So I decided to split it and continue the other part in a separate one which will be about properly rebasing our branches.

Let's recap what we go through and why/how it can be useful in our day-to-day work:

We should already see how many things we can achieve by using git rebase -i. All of the seen options can be combined and used together which makes git rebase -i extremely powerful.